From Russia with Love Part 2

This article appeared in Ceylon Today on August 13 2020 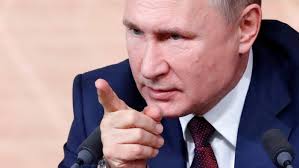 Why Would Putin Interfere?

Misha Glenny is an experienced and distinguished journalist and an expert on Russia. He wrote the non-fiction book on which the TV series McMafia was based. In an article on Open Democracy, Glenny attempts to answer the question: “Why would Putin want to interfere in UK elections?” The motivation seems to be to drive a wedge between the UK and Europe. Putin’s Russia is a capitalist (albeit of a crony variety) not a communist state and is much more integrated into global trade than the Soviet Union was. The EU is by far Russia’s largest trading partner, importing 30% of its oil and 40% of its gas from Russia. The UK imports very little of its oil and gas from Russia – it is not a significant market.

Russia Struggles to Be a World Power

Focusing on foreign policy is a way of deflecting attention from Putin’s domestic problems, such as over-dependence on the export of hydrocarbons (60% of its exports and 40% of revenue) to the federal budget, rising discontent among Russia’s urban middle class, which has resulted in ever-more brazen authoritarianism, and a declining population. Putin’s aim is to present Russia as one of the four decisive forces in international politics, along with the US, China and the EU.

Because he cannot hope to compete with the US and China in economic capacity or weapons and military strength, his aim is to drive wedges to weaken the ability to co-ordinate policy on Ukraine and the Nord Stream II pipeline, which takes oil directly from Russia to Germany.

Since the early 1990s, the UK, and particularly London, has been a prime location for rich Russians to hoard their ill-gotten gains. As Richard Brooke has shown in his special report for Private Eye, Lootin’ with Putin, supposedly pukka British professionals were quick to establish themselves in Moscow when the Soviet Union fell apart in 1989. “‘Magic Circle’ law firm Clifford Chance led the way for the lawyers in 1991, by which time the Big Six accountancy firms, led by Ernst & Young (now EY), had also set up shop in Moscow.” In the second wave of privatisations of Soviet industry, a new breed of oligarchs who had taken advantage of the vouchers originally offered to ordinary Russians took control of the new corporations. In return for favouring the Putin regime with special deals for the president and his cronies, the oligarchs get safe deals and a luxury life-style. The kleptocrats need safe places to stash the loot and much of it ends up in Britain. In 1996, the UK government offered special “investor visas” for those with £1m. By 2015, 700 visas had been granted to Russians. Realtors Knight Frank stated that Russians were the largest spenders on “prime” London property. The following year, Savills estimated that one in 12 buyers of £2m+ houses was Russian.

Luke Harding: “Under Putin, Russia had become a virtual Mafia state in which the government, its spy agencies, and organized crime had merged into a single entity.” Russia Today broadcasts propaganda material, with the help of British politicians like Jeremy Corbyn, Nigel Farage, Alex Salmond and George Galloway, to bolster Putin and together with the GRU’s data-mining hacking factories, to undermine western democracy. 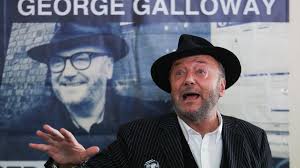 As Misha Glenny put it: “For two decades, oligarchs have used British lawyers, courts, PR companies and politicians to cajole and intimidate their domestic enemies along with independent investigators or journalists. They have exerted influence in buying newspapers and football clubs.” Roman Abramovich enjoys a close relationship with Putin and owned Chelsea football club for years. When Alexander Litvinenko was killed on British soil in 2006 after being poisoned with radioactive polonium-210, there was never the slightest possibility that oligarchs like Abramovich would be investigated. Over ten years later, Theresa May, after the Skripal case, denied Abramovich a work permit as a snub aimed specifically at Putin. 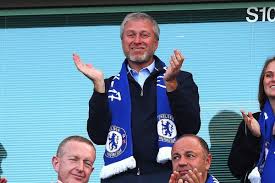 Jonathan Freedland called her stance “Janus-faced.” “Noisy about Salisbury, hushed about sabotage of the 2016 Vote.” In the US the special counsel’s inquiry identified dozens of Russian conspirators. May refused to carry out a similar exercise in Britain. Carole Cadwalladr won a Pulitzer nomination for her investigative reporting of Cambridge Analytica’s illegal harvesting of personal data taken from at least eighty-seven million Facebook users. Her exposé led to a $134 billion slump in Facebook’s market capitalization.

Brexit was a favour to Putin because it severed the co-operation and intelligence-sharing of the agreement known as Five Eyes. As part of the EU, the UK shared the criminal and intelligence databases of the European Union, US, Canada, Australia and New Zealand. On leaving the EU, the UK left Europol and will now be able to access European terrorism, espionage and organised crime data banks only through a lengthy application process, which will make the information useless. A win for Putin.

The Malevolence of Russia Today

Vasily Gatov once worked for Russia Today and many of the people who currently work for the broadcaster used to be his friends. He sees them as mainly motivated by disappointment with the west. They feel the west has betrayed them by thwarting their bourgeois ambitions. ‘There’s no algorithm in RT’s malevolence, no scrupulous propaganda technology. What powers it is the burning hatred of smart boys and girls who once thought of the West — and particularly Western media — as the ‘shining city on the hill’, but now feel offended and deceived. The ingenuity of broken illusions is the fuel of RT, coupled with lavish state funding and emotional reimbursement.” There are also western staffers who feel rejected by their own countries. “The broadcaster’s staff share the employer’s passionate position against liberal values, free and independent journalism, impartial and balanced reporting — and do their best to perform.” 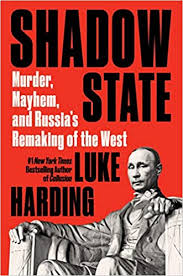 Luke Harding’s book Shadow State: Murder, Mayhem and Russia’s Remaking of the West provides a great deal of detail on how the Russian hackers operate to interfere with UK and US democracy (and who knows what other states!).  “Latterly the Putin regime switched targets. It now concentrated on the political systems in democratic countries. This was a genius approach. Moscow correctly concluded that Western politics was wide open—a soft underbelly. You could buy distressed newspapers, get émigrés to donate to certain political parties, and acquire troubled industries and infrastructure.” 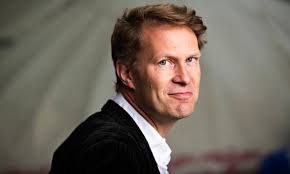 Cyber-raids are carried out from the GRU’s military unit 26165 a yellow-painted neo-classical building in the heart of Moscow at 20 Komsomolsky Prospekt.  The GRU unit is also known as Fancy Bear and AP28 and has been operating globally since the mid-2000s, hacking the Bundestag and the French television station TV5.

The fact that Russia Today and the GRU are also interfering in US politics further weakens the UK’s position. Luke Harding: “The implication was explosive: that the Conservatives had put party political considerations above potential national security concerns. A post-Brexit trade deal with the US was evidently important. But so was the question of whether Trump was under obligation to Moscow or being blackmailed in some way—a strategic threat to the UK, if correct.”

Paul Waugh writes on Huffington Post: “Where does all this leave the very thing that was supposed to be the ambition of the Brexit referendum: greater UK sovereignty? Some believe we are now more reliant on America than ever.” With the added disadvantage of the US and the UK being compromised by Russia. Taking back control?