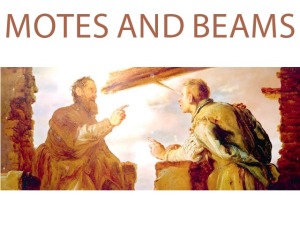 A number of Sri Lankan news items came to my mind while reading about Howard Jones’s book My Lai: Vietnam, 1968 and the Descent into Darkness. These are the news items. The US government announced that it is withdrawing from the UNHRC because that body was a “protector of human-rights abusers, and a cesspool of political bias” and therefore the US “should not provide it with any credibility”. One of the first foreign policy decisions of the Sirisena government was to co-sponsor UNHRC Resolution No.30/1 of 1 October 2015. How does that stand with the US absent from the UNHRC? Another news item that took my notice was that the departing US ambassador said that his government would prevent Gotabaya Rajapaksa being elected president of Sri Lanka because of his abuses of human rights. Yet another item concerned “civil society representatives” opposing the appointment of Dayan Jayatilleka as ambassador to Russia because he successfully defended the Rajapaksa government’s actions when he was ambassador to UNHRC.

At the risk of being accused of “whataboutery” I cannot resist exclaiming: how can the nation that was responsible for My Lai (and countless other atrocities) have the gall face to criticize the actions of the Sri Lankan Army against the LTTE? The Ministry of Defence published a defence explaining how “the Government of Sri Lanka engaged in a military strategy against the LTTE, why Security Forces used the level of force they did, and how at each stage in the operation Sri Lanka took extraordinary steps to respect and protect the lives of civilians.”

On 16 March 1968, between 347 and 504 unarmed Vietnamese were slaughtered by soldiers from Company C, 1st Battalion, 20th Infantry Regiment, 11th Brigade, 23rd Infantry Division. Victims included civilian men, women, children, and babies. Women were gang-raped and their bodies mutilated. On 14 March a patrol of C Company had triggered a booby trap that killed two men, tore the legs off two more and injured another two. Soldiers angry at the casualties saw a woman working in the fields. Private Greg Olsen, a Mormon, wrote to his father describing what happened: “They shot and wounded her. Then they kicked her to death and emptied their magazines in her head. They slugged every little kid they came across. Why in God’s name does this have to happen? These are all seemingly normal guys; some were friends of mine. For a while they were like wild animals. It was murder, and I’m ashamed of myself for not trying to do anything about it. This isn’t the first time, Dad. I’ve seen it many times before.”

The My Lai massacre was not a momentary lapse of reason. The slaughter lasted for several hours and at least 40 of C Company’s 105 men took an active part. The US army in Vietnam in 1968 was pervaded by a culture of cruelty. Phil Caputo wrote in his memoir of life with the US marines in Vietnam, A Rumour of War. “Many had petty jealousies, hatreds and prejudices. And an arrogance tempered their ingrained American idealism.” The overwhelming majority of US forces felt a cultural disdain for Vietnam’s inhabitants.

Twenty-six soldiers were charged with criminal offenses, but only Lieutenant William Calley Jr., a platoon leader in C Company, was convicted and given a life sentence. He only served three and a half years under house arrest. There were whistle-blowers. US servicemen who had tried to halt the massacre and rescue the hiding civilians were shunned, and even denounced as traitors Commanders ignored a report made by a helicopter pilot called Hugh Thompson, who for the rest of his life received hate mail and death threats. In March 1969 Ronald Ridenhour, a helicopter door-gunner, wrote to thirty members of Congress, describing atrocities that he had heard described in vivid detail by those who had participated in them. Private Tom Glen, a 21-year-old from Tucson wrote to Creighton Abrams, the US army’s commander-in-chief, describing the dreadful deeds that he had been told other units in his division had committed. Major Colin Powell, then 23rd Division staff officer and later US secretary of state, produced a whitewash report.

The ultimate function of soldiers is to kill. That is what they are trained and paid to do. In her profound book, The Body in Pain, Elaine Scarry wrote: “the act of killing, motivated by care ‘for the nation’, is a deconstruction of the state as it ordinarily manifests itself in the body. That is, he consents to perform (for the country) the act that would in peacetime expose his unpoliticalness and place him outside the moral space of the nation.” It is inevitable that armed conflict generates moral compromise. Nations emerge from wars with many moral questions. There is a kind of PTSD for nations as well as individuals.