A Health unto HRH (and Confusion to his Enemies) 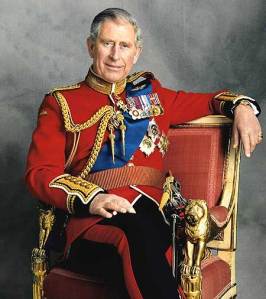 Seeing the Queen and Prince Philip meeting President Rajapaksa at the CHOGS (Commonwealth Heads of Government) junket reminded me. Damn – I’ve missed it again. Prince Charles has another birthday coming up and I haven’t even got him a card let alone a present.  (He will be 63 on November 14 –  put it in your diary so you don’t miss the next one.)  Happy birthday, Sir,  and long may you prosper at our expense!

Charles visited Batticaloa in Sri Lanka’s  Eastern province in 2005 after the tsunami. “I feel awful. All I have done is interrupt their very hard work. You’ve got a lot more to do when I’m gone.” The prince, on his first visit to Sri Lanka  since 1998, diplomatically declined to go to areas held by the LTTE (Liberation tigers of Tamil Eelam).

That trip to Sri Lanka cost British taxpayers £300,000. My wife and I  took  food and supplies to Hambantota in our car and it didn’t cost nearly as much as that. How much parippu can you buy for £300,000?

For its special 60th birthday issue the UK Daily Mirror revealed some fascinating facts about Prince Charles. Chuck  wears handmade shoes that cost £650 a pair. Turnbull & Asser make his shirts and also, from 2006, his suits, which cost up to £2,500. Previously, Savile Row tailors Anderson & Sheppard handmade his suits, at £4,000 a pop. This should set an example of frugality to all of us in this age of austerity – time for us all to cut our clothing expenses. As Thoreau so wisely wrote: “beware of any enterprise that requires the purchase of new clothes”. The Mirror tells us that Charles  always sleeps in the nude.

According to the Mirror, he has a boiled egg every afternoon. Royal Chefs boil seven eggs at once to make sure one is perfect.

He runs his 32-year-old Aston Martin on bio-fuel made from English wine. Better than drinking the foul brew! His Jaguars, Audi and Range Rovers have all been converted to run on 100%  biodiesel made from used cooking oil.

Jenny Diski reviewed Charles’s book Harmony: A New Way of Looking at Our World and commented: “I do wonder if HRH the Prince of Wales is really the best (though he’s obviously the wealthiest) advocate for the new sanity that might save the planet…For those of us who don’t have our toothpaste squeezed onto our toothbrush each night, there’s the business of regular life, of time and consequence, and of how actually to live in and deal with our own particular sector of the oneness. The quotidian. “

The prince’s lawyers fought attempts to access files concerning a controversial oyster farm in a special area of conservation by claiming it was a private estate. A judge ruled that the £700m estate should be considered a public authority and not a private estate.

As well as being called a “grovelling little bastard” by Spike Milligan, Charles  has been called Prince of Wales since 1958 but in Scotland his title is Duke of Rothesay. He is also called Duke of Cornwall. When his mother departs this earthly realm he will become Supreme Governor of the Church of England, Duke of Normandy, Lord of Mann (Dominus Manniae), Lord of the Isles and Paramount Chief of Fiji. As a royal, Charles has no surname, but when he feels the need to use one it is Mountbatten-Windsor (Mountbatten is the name chosen during the First World War by the Battenbergs and Saxe-Coburg-Gothas to conceal their German origins).

For his 60th he  was photographed in his birthday suit, the ceremonial uniform of the Welsh Guards. Being a prince wonderful opportunities  to dress up (this runs in the family – his son Harry got a lot of unfavourable publicity dressing up as a Nazi).

Charles is often snapped festooned with medals.  He must be a very brave man. (He did marry Camilla – a dirty job but someone’s got to do it.) The blue sash is the Most Noble Order of the Garter; the gold aiguillette signifies his position as the Queen’s aide-de-camp. Charles is a General in the British Army, an Admiral in the Royal Navy and an Air Chief Marshall in the Royal Air Force. He is Colonel-in-Chief, Colonel, Honorary Air Commodore, Air-Commodore-in-Chief, Deputy Colonel-in-Chief, Royal Honorary Colonel, Royal Colonel, and Honorary Commodore of at least 36 military formations throughout the Commonwealth.

Being a royal is like being in a big play-pen.

All those names are useful. Prince Charles has, in certain instances, the power to alter legislation passed by the democratically elected parliament and even to veto it. Dating back to 1337, when Edward III established the Duchy of Cornwall as the permanent property of whoever happens to be the heir to the throne, any proposed new law or change to the law, if it affects the prince’s private interests or the royal prerogative, must receive his consent. This power also applies to his multiple identities as Earl of Chester and Prince of Wales. The power has applied to 34 pieces of legislation since 2001, covering matters from shipwrecks to coroners’ courts and the Olympics. The departments of justice, education and food and rural affairs have all invoked exemptions from the Freedom of Information Act to avoid having to disclose correspondence between the government and the Prince of Wales.

MPs may be far from perfect but, unlike the king-to-be (or not to be), they can be thrown out by the voters. Even the right-wing Telegraph says: “Charles, even before this latest news, has been seen as a sort of ticking constitutional time-bomb”.

In 2004, the Royal Family cost £36.7m, equivalent to 61p per taxpayer. Palace gardeners cost £400,000 a year. A chartered flight taken by the Duke of York to the Far East to promote UK interests cost £125,000. A royal train journey made by the Prince of Wales from Aberdeen to Plymouth, Devon cost £45,000. The royal train costs £20,000 pounds every day. The most expensive trip was the queen’s six-day state visit to the United States, which cost a total of £414,042. It cost £316,061 pounds for Prince Charles to take an eight-day trip to Uganda and Turkey for the  Foreign Office.

The Independent newspaper revealed documents that showed the Queen had tried to siphon off funds set aside for energy-saving grants aimed at poor families to pay Buckingham Palace gas and electricity bills. Robin Hood in reverse. Robbin’ bastards!

I wrote about the royal family for an American audience a few years ago and was surprised by the reaction. One Yank who likes to think of himself as a curmudgeonly contrarian said:  “I think he is a terrific guy. I think the royal family gives back ten times what they get.” He went dewey-eyed about the Queen and “her beautiful sister”. I once met Princess Margaret. She was about three-foot tall with skin kippered by decades of chain-smoking. There is a wonderful picture of her as a snobbish, bigoted, bullying kleptomaniac in Edward St Aubyn’s 1994 novel Some Hope. St Aubyn  described the Queen’s sister as having a voice that could be “mistaken by a Chinaman for a cockney accent” and as a rampant reactionary with the social skills of a despot.

Human delusion is a serious problem in many contexts. Seeing broken Britain as a Ruritanian fairyland is not helpful. People who say that the monarchy contributes to the unique and positive character of British democracy, rarely give concrete practical examples of how the Royals make a difference in real life. Are there examples of the Queen exerting a positive symbolic function in the way Juan Carlos did with the Spanish fascists?

Tony Blair decided to join in with the invasion of Iraq mainly, it seems, to please his new (dubiously-elected) friend Dubya in Washington. A substantial number of the Queen’s loyal subjects were strongly opposed. Democracy had little to do with it. I wonder what the Queen said to Blair. Did she try to stop the project?

The Queen’s loyal armed forces seem to have been particularly badly treated by governments during the misguided adventures in Iraq and Afghanistan. All the royal family have a fetish for dressing up in military uniforms and pretending to be soldiers or sailors. This is supposed to convey a solidarity with the armed forces. Did  the royal family express  their solidarity with the British armed forces by trying to persuade HM  Government to give them a better deal in terms of equipment, treatment for PTSD, homes and pensions.

The UK already has a presidential system. Neither the Queen nor the voters has control over what President Blair or Brown or Cameron and their crony banksters might want to do. That does not stop Charles from interfering.

The only check on erosion of civil liberties seems to be the unelected house of Lords.

By the way,  I wonder what the Queen said to President Rajapaksa in Perth. Any advice about running a dynasty?