This article appeared in the Mosaic section of Ceylon Today on Sunday August 24 2014.

In the 1960s, Berryman started receiving a great deal of national attention from the press, from arts organizations, and even from the White House, which sent him an invitation to dine with President Lyndon B Johnson at a dinner in honour of General and Mrs Ne Win of Burma.

Berryman wrote to tell LBJ that he had not boycotted the event. The invitation arrived after the event and he could not have gone because he was living in Ireland on a Guggenheim Fellowship. With his wife Kate, who was of Irish origin, Berryman arrived at Cobh, my father’s birthplace, on September 1, 1966. He quickly adapted to Dublin life and pub culture. Ronnie Drew (whose singing voice has been described as sounding like coke being pushed under a door) of the Dubliners folk group became one of Berryman’s drinking buddies.

Chilled in this Irish pub I wish my loves

well, well to strangers, well to all his friends,

seven or so in number,

I forgive my enemies, especially two,

races his heart, as so much magnanimity,

can it all be true?

Mr Bones, you on a trip outside yourself.

Has you seen a medicine man? You sound will-like,

Is you going? —Oh, I suffer from a strike

Wordsworth & that sort of thing.

The pitcher dreamed. He threw a hazy curve,

I took it in my stride & out I struck,

These Songs are not meant to be understood, you understand

They are only meant to terrify & comfort

Lilac was found in his hand.

Berryman wrote many Dream Songs during his Irish sojourn. He also managed to upset some Irishmen with his condescending manner and boorishness when drunk, which he often was. The Irish poet John Montague remembers Berryman in his book of essays The Figure in the Cave and describes a comic scene at a Dublin reading by Berryman when Patrick Kavanagh took offence at Berryman and went off in a huff.

Montague had met Berryman in 1954 when the Irish poet enrolled in Berryman’s workshop at the University of Iowa. Montague remembered seeing Berryman eating alone at the Jefferson Hotel, a copy of The Caine Mutiny open before him, “nervous, taut, arrogant, uneasy.” Berryman was offended at Montague mentioning Iowa, which he regarded as a territory of limbo. 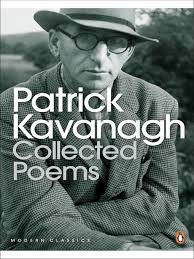 Kavanagh was offended when Berryman mentioned Liam Miller of the Dolmen Press, whom he considered an enemy. 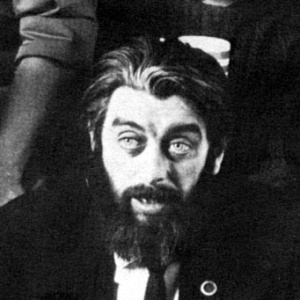 Ronnie Drew objected to a member of the audience expressing his admiration too loudly and kept saying, “Shut up, John”. This confused John Berryman and John Montague.

During his Irish sojourn, Berryman was introduced to the actor John Hurt and was star-struck. Hurt, in turn was impressed by Berryman’s bravura recitations of his poems. Hurt commented: “That man has genius and it’s burning him up”.

Berryman was not impressed with the local poetic talent and some have accused Montague of inflating his own relationship with him.

All these poets!  Holy God!

Many are drunk & some are odd.

What am I myself here doing

when I could be off & doing?

My near namesake, Philip Coleman, is a lecturer in the School of English, Trinity College Dublin, where he is also Director of the MPhil in Literatures of the Americas programme His book John Berryman’s Public Vision: Re-locating the ‘scene of disorder will be published in 2014.

In Dream Song 312 Berryman claimed he went to Ireland “have it out” with Yeats:

I have moved to Dublin to have it out with you,

Whatever about the impression Berryman made on Dublin, or the impression Dublin made on him, Berryman will be celebrated in Ireland on the centenary of his birth. A John Berryman Centenary Symposium is being organised by the Irish Centre for Poetry Studies in October 2014 at the Mater Dei Institute, Clonliffe Road, Drumcondra. Academics from all over the world will speak on topics such as The Metabolization of Tradition, Berryman, Boredom and Identity, Berryman’s Schwartz, Satanic pride: Berryman, Schwartz, and the Genesis of Love & Fame, The Pornography of Grief: John Berryman and the Language of Suffering. There will be a walk to Berryman’s lodgings in Ballsbridge. A symposium was held at Trinity College Dublin, in January 2002, to mark the 30th anniversary of Berryman’s death. The event was marked by the publication of a book of essays titled After Thirty Falls.

Perhaps he did want to exorcise the influence of Yeats. Despite the immense influence of Yeats on Berryman’s early work, he now believed that Yeats’s overweening ego had made him turn everything he came in contact with into a symbol and he understood “nothing about life”. He made a pilgrimage to Yeats’s grave in Sligo.

He would have been, before the bullet that was his,

Studying the movements of the birds

However, he wrote in his diary Dublin was “CHEAP; English spoken, [and it was] n[ea]r London & [the] continent”.

On New Year’s Day 1967, Berryman resolved to go through, at a rate of five a day, the 300 Dream Songs he had collected. Unfortunately, he fell and hurt his back so badly that Kate thought he had broken his spine. He denied that alcohol was the cause of the fall but he was particularly accident-prone, which must have been related to his drinking. He stuck to his schedule and hoped to finish the project by March. At the end of January, Kate had him committed to Grange Gorman, a gothic mental hospital. After a week, he begged her to get him out.

He placed his alter ego, Henry, in the hospital for some Dream Songs.

I love my doctor, I love too my nurse,

But I am glad to leave them, as now I do.

Too long it’s been

out of the world, away fr. whisk’, the curse

of Henry’s particular life, who has pulled thro’

too & again makes the scene…

At one point, he had nearly set fire to the place:

And dropt it & near-sighted cannot find.

Nurses will deal hell if the ward wakes, croaking

To smoke antic with flame…

A Alvarez (Berryman’s biographer Paul Mariani repeatedly calls him “Tony Alvarez” even though most people know the poet and critic as Al Alvarez) came to Dublin to film Berryman reading his Songs and talking at the Ballsbridge house and Ryan’s pub. The BBC broadcast the programme on March 11 and Berryman was back in New York on April 24 when Sonnets was published.

Although he had become bored with Ireland, he told a friend that the Irish had received him “like Sam Johnson at the court of the Dauphin”. Ireland was a place, he said, “right on the edge of Europe…crawling with delicious people who all speak English and are blazing with self-respect”.

Critic Kenneth Connelly saw in the Dream Songs the influence of two celebrated Dubliners: “Henry, the catalytic character of his poem—as well as the way his story is told—are greatly beholden to James Joyce, probably by way of Samuel Beckett…. [However] diluted, the presiding concepts and techniques of Joyce and Beckett structure his entire vision and method.” Like Joyce, Berryman mingles high verbal sonority and childish humor, literary high style with dialect and colloquialisms.

The use of dialect can go horribly wrong.

Sober as a man can get, no girls, no telephones,

what could happen bad to Mr Bones?

—If life is a handkerchief sandwich,

in a modesty of death I join my father

who dared so long agone leave me.

Kevin Young is a Black American poet who has produced an edition of John Berryman’s verse for the Library of America’s American Poets Project. Young wrote that Berryman’s “use of ‘black dialect’ is frustrating and even offensive at times, as many have noted, and deserves examination at length. Nonetheless, the poems are, in part, about an American light that is not as pure as we may wish; or whose purity may rely not just on success (the dream) but on failure (the song). Berryman allows us to admit our obsessions, both as writers and as Americans.“

Next week a summation of Berryman’s life and achievements.