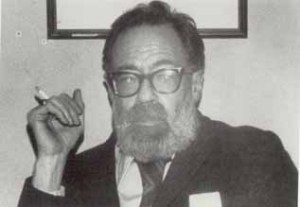 Life is All Transformation

John Berryman died on January 7, 1972. Three months later, Robert Lowell wrote: “He never stopped fighting and moving all his life; at first expert and derivative, later full-off output, more juice, more strange words on the page, more obscurity. I’m afraid I mistook it for forcing, when he came into his own. No voice now or persona sticks in my ear as his. It is poignant, abrasive, anguished, humorous”.

Edward Hirsch described Berryman’s style thus: “Berryman combined a passionate, disruptive syntax with an irreverent blend of highbrow and lowbrow dictions – part Shakespeare, part minstrel show, part baby talk. Who could have predicted such a salty, ostentatious and exaggerated comic style – or known that it would come to seem so intensely literary and inevitably American? Imagine Emily Dickinson crossed with Bessie Smith and Groucho Marx”.

An anonymous Times Literary Supplement reviewer saw Berryman’s style as “a living compromise between the way people speak and the outsize gestures that poetry traditionally demands”. Berryman wrote to his mother: “You lead the reader briskly in one direction, then you spin him around, or you sing him a lullaby and then you hit him on the head”. “Strange lives we lead…life is all transformation. We must not be glad, or sorry, to be part of it; but we can’t help being.”

Robert Lowell described Berryman’s mature style as “disrupted and mended”. The poem “Canto Amor” written in 1945 and dedicated to his first wife Eileen, describes disrupting and mending, harmony and disharmony in marriage:

Dream in a dream the heavy soul somewhere

struck suddenly & dark down to its knees.

A griffin sighs off in the orphic air.

If (Unknown Majesty) I not confess

praise for the wrack the rock the live sailor

under the blue sea, – yet I may you bless

always for her, in fear and joy for her

whose gesture summons ever when I grieve

me back and is my mage and minister.

Berryman developed a poetic technique, which combined disrupted syntax and strict, disciplined form. This conveys a sense of order and stability threatened by chaos. His life also was like that – much of his time, he seemed bent on inviting chaos. Despite his many personal failings, he managed to win the love of many attractive women. Berryman married three times and had three children. He married his third wife, Kate Donahue, in 1961. She was 22 and he was 46. Rather than settling down to enjoy domestic bliss, throughout his life he pursued other women compulsively and inappropriately.

The Epistemology of Loss

Death was always a dark shadow present for Berryman and death by suicide was a common theme in his life and his work. The official version of his father’s death was that it was suicide. When Berryman was bullied at school, he took revenge by lying in front of an oncoming train. His later view of suffering was akin to Nietzsche’s “joyful wisdom” or Yeats’s “tragic wisdom” – that which does not kill me makes me stronger.

Life is precarious and leads inevitably to death, with plenty of loss and suffering along the journey. In “The Ball Poem” written in 1942 Berryman uses a small incident to stand for the more momentous consequences of the epistemology of loss.

What is the boy now, who has lost his ball.

Merrily bouncing, down the street, and then

Merrily over—there it is in the water!

No use to say ‘O there are other balls’:

As he stands rigid, trembling, staring down

All his young days into the harbour where

His ball went. I would not intrude on him,

A dime, another ball, is worthless. Now

In a world of possessions. People will take balls,

And no one buys a ball back. Money is external.

He is learning, well behind his desperate eyes,

The epistemology of loss, how to stand up

Knowing what every man must one day know

And most know many days, how to stand up

And gradually light returns to the street,

A whistle blows, the ball is out of sight.

Soon part of me will explore the deep and dark

Floor of the harbour . I am everywhere,

I suffer and move, my mind and my heart move

With all that move me, under the water

Or whistling, I am not a little boy. 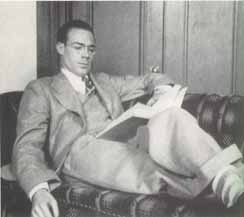 Berryman brought much suffering on himself by pursuing every activity with damaging intensity – drinking, smoking and womanizing, as well as writing and teaching. That intensity could be dissipated by the act of completion and he often avoided that deflation by leaving tasks uncompleted – his work on Shakespeare might have been groundbreaking if had finished it. He worked hard but left a lot unfinished. He fell out with Dwight McDonald for saying so. For every review he started, five or ten were not completed.

Eileen Simpson wrote in her memoir Poets in their Youth that every New Year, he made ambitious resolutions, which were like “a magical rebirth”. He wrote in his diary in January 1940: “What is needed is suicide each year, the dead one then to phoenix into change”.

Berryman’s intense drive for transformation and rebirth is signified in his frequent changes of appearance. Look at a series of photographs, even taken over a short time, and they seem to be portraying different people. He wrote that the aim of poetry was the “reformation of the poet, as prayer does”. 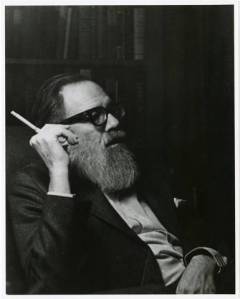 Saul Bellow was right to speak of Berryman’s inability to act like anyone else. He never managed to do the simple things like cook a meal, drive a car or read a bank statement. His record of broken arms, wrists, ankles, ribs and legs indicate that even climbing a flight of stairs might not always be successfully achieved. His friend Florence Campbell remembered him as “witty and sulky, entertaining and repelling, brilliantly gifted and more than a bit ridiculous”. 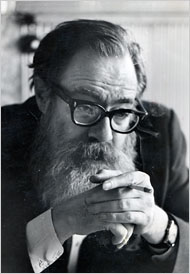 There was definitely something ridiculous about Berryman. I think I would have found his company tiresome and tiring as well as stimulating. The British poet Thom Gunn encouraged Philip Levine to do his Berryman impression. Levine recited a passage from Whitman in “John’s crazy, up–there screech”. “Gunn roared, saying I’d got it perfectly”, recalled Levine. Berryman was enraged and tried to put a Band-Aid on Levine’s mouth. Levine was big strong man who had worked in car manufacturing plants from the age of 14. Berryman had made ludicrous efforts to seduce Levine’s girl friend.

Berryman had to leave his teaching post in Iowa after police were called when he defecated on the outside steps of his lodgings. He got a job at the University of Minnesota. Early on, Berryman developed a pattern of getting drunk at local bars, checking himself into the hospital and calling a cab in the morning when it was time to teach. “He would come to class sometimes shaking, and you could see that he’d had a hard night,” said Berryman’s friend and former student Judith Healey. “But he never lectured in a less than brilliant manner.”

After checking into alcohol rehabilitation once in 1969 and three times in 1970, Berryman experienced a sort of religious conversion in 1970. He considered Judaism, professed Catholicism, and wrote Recovery (1971), a vague autobiography about alcoholic rehabilitation. In his last years, Berryman started in Alcoholics Anonymous at the encouragement of a priest who led a therapy group.

Berryman’s daughters, Martha and Sarah were 10 years old and 7 months old, respectively, when their father died. They still live in Minnesota in the house Kate Donahue bought with Berryman.

In the end, the disruption could not be mended. On the morning of Jan. 7, 1972, Berryman lifted himself onto the railing of the Washington Avenue Bridge, waved to onlookers and jumped. He was 57 years old. Saul Bellow wrote of Berryman’s suicide: “At last, it must have seemed that he had used up all his resources… The cycle of resolution, reform and relapse had become a bad joke which could not continue”.