A shorter version of this article was published in Ceylon Today on May 15, 2021.

Economies around the world have, increasingly, become vast engines for producing nonsense.

I have just finished reading David Graeber’s book Bullshit Jobs. Graeber makes a distinction between “bullshit” jobs and “shit” jobs. I have done both in my time but in my old age have the privilege of not having to work at all.

Graeber defines a bullshit job as “jobs that don’t seem, to the outsider, to really do much of anything: HR consultants, communications coordinators, PR researchers, financial strategists, corporate lawyers, or the sort of people (very familiar in academic contexts) who spend their time staffing committees that discuss the problem of unnecessary committees.”

My most depressing job was in the luxurious environment of The Adelphi (an elegant art deco building just off The Strand in which much of David Suchet’s Poirot was filmed). I had a funny and congenial boss, friendly , witty colleagues and a glamorous St Lucian lady who took an interest in me and draped herself across my desk in fishnet stockings. In spite of all that I used to arrive at Charing Cross station every morning wondering if I should throw myself in front of a train. What was wrong with me?!

David Graeber writes: “Once, while serving time in exile at a Siberian prison camp, Dostoyevsky developed the theory that the worst torture one could possibly devise would be to force someone to endlessly perform an obviously pointless task.”

The main problem at The Adelphi was that I knew, and all my colleagues knew, that overseeing staff training policy for Department of Social Security HQ was not a proper job for a grown man still possessed of most of his faculties . I was neither use nor ornament. There was nothing to do except draw up futile “memoranda of understanding” in which no-one was interested.  And to ogle Margaret in her fishnet stockings. The need for such MOUs had been created by the pointless fragmentation of public services through privatisation and outsourcing that was part of the voodoo philosophy of neoliberalism. I had been recommended for promotion a number of times and was usually able to make a good case to the interview board for the usefulness of the work I was doing at that particular time. I could not do that as overseer of DSS HQ training policy. That interview was a humiliating experience and a step on the way to the early retirement that liberated me.

Graeber writes: “A bullshit job is a form of paid employment that is so completely pointless, unnecessary, or pernicious that even the employee cannot justify its existence even though, as part of the conditions of employment, the employee feels obliged to pretend that this is not the case.”

One of the many shit jobs I did was hospital porter at Gloucester Royal Infirmary in 1969. The building had once been a brewery. It was built in 1755 from a design by Luke Singleton and was financed by gifts and legacies. The timbers were donated by King George II and came from the Forest of Dean. It was demolished in 1984. My duties including cleaning lavatories, scraping out the incinerator in which amputated limbs had been burnt, carrying patients up and down stairs when the lifts were being replaced, assisting at operations and postmortems, taking corpses to the morgue in the middle of the night by myself. On the whole, I enjoyed the job. I got invited to parties by doctors and nurses and was given a lot of leftover food before the pigswill man came to take it away. The main satisfaction was that it was a necessary job, and I could feel the direct satisfaction of the patients for my efforts. The hospital manager persuaded me to apply for an administrative job and was angry with me when I fluffed the interview. I sensed even then that he was trying to steer me into a bullshit job.

I lived and worked through that awful time in the 80s and 90s when you had to be a Stakhanovite and work all hours to the detriment of family and personal life.  One particular job I had involved travelling all over England staying in seedy hotels and missing meals, working long hours with little social contact. The awful nature of that life was eptomised by one incident. I was at home working on a report in the small hours of the morning. My bosses had given me a tight deadline which I was determined to meet. The phone rang. It was a nurse at Gloucester Royal Infirmary calling to tell me that my mother had died. I put the phone down and finished writing my report. When dawn broke, I set off for the station to go to Gloucester to make funeral arrangements. I stopped off at the office and placed the report on a boss’s desk. When I returned to the office about a week later after my mother’s funeral I was angered to discover that no-one had looked at my report.

My  first marriage broke up while I was doing that job. I cannot blame the job but it did not help. My boss at that time was a strange character who seemed to really like me on  a certain level. We were both working class lads from an Irish Catholic background who shared the same taste in music and politics. We often got on well socially but that did not stop him bullying me relentlessly and brutally when it suited him. He was very supportive when my wife left me. “Mikey Boy, it’s a good job your mother died, because this would have killed her.”

There was one good aspect to that job. We did not have mobile phones or iPads. We were not under constant surveillance. I recall downtimes when I could escape and wander around an art gallery and nobody knew where I was or what I was doing. Carl Cederström and Peter Fleming argue that work today exploits workers not only during their time in the workplace, but also but in their very lives: “our authenticity is no longer a retreat from the mandatory fakeness of the office, but the very medium through which work squeezes the life out of us.”

Miya Tokumitsu writes in Jacobin: “The ceaselessly productive worker, with little time for rest, let alone any need or desire for it, stands today as a heroic icon, particularly in the high-strung white-collar milieus of Silicon Valley and Wall Street. The desired persona is one that transcends needs for sleep, care, relationships, and any other obligation that might distract from work and profit.” Journalist Sara Robinson traces this culture back first to the cold war defense industry and then to the tech industries in late twentieth-century California. By the 1980s, “passionate” overworkers like Steve Jobs became icons to the culture at large. We all had to try to be passionate overworkers but did not get the financial rewards of a Gates, Jobs, Bezos  or Zuckerberg.

We all know people who are tiresome in their constant boasting about how busy they are. As Tokumitsu puts it, “Passion is all too often a cover for overwork cloaked in the rhetoric of self-fulfillment.” Kierkegaard was only thirty when he wrote this: “Of all ridiculous things the most ridiculous seems to me, to be busy — to be a man who is brisk about his food and his work.”

Health workers (other than doctors) seem to be thought of as people who should accept low pay because they get moral satisfaction from doing useful work. As Graeber writes: “There is a sense, it would seem, that an ethos of collective sacrifice for the common good should fall disproportionately on those who are already, by their choice of work, engaged in sacrifice for the common good. Or who simply have the gratification of knowing their work is productive and useful.” Lying politicians encourage the public to applaud NHS workers and then saddle them with what is effectively a pay cut.

The economist John Maynard Keynes predicted in 1930 that advances in technology and automation would lead to a situation where people would have more leisure time and work a fifteen-hour week. In the UK, Margaret Thatcher destroyed manufacturing industry so that she could emasculate  the trade unions. The UK does not actually make much anymore; that task is left to China, Japan and South Korea. Productive jobs have, as Keynes predicted, been automated or outsourced. However, technology has been exploited to make everybody work harder.

There is an old saying, “work is the curse of the drinking classes”. Graeber notes that the art of skiving has a long tradition in England “but proper shirking does seem to require something real to shirk. In a truly bullshit job, it’s often entirely unclear what one is really supposed to be doing”. The kind of people who complain about welfare benefit cheats generally assume that most people would be happy to be parasites and, like me, be paid to do nothing. I am certainly very comfortable with getting paid to do nothing but I am old and have served my time. . Graeber concedes that many are not cut out for a nine-to-five routine but, “Human beings certainly tend to rankle over what they consider excessive or degrading work; few may be inclined to work at the pace or intensity that ‘scientific managers’ have, since the 1920s, decided they should; people also have a particular aversion to being humiliated. But leave them to their own devices, and they almost invariably rankle even more at the prospect of having nothing useful to do.”

I do feel somewhat guilty about my own current privileged position. It easy for me to revel in the fact that I do not need to work to earn a living. There are many today who are desperate to work and cannot do so because of the pandemic. I do my humble best to help out where I can. Employment is becoming increasingly unstable. Privatisation of government services, short-term and part-time contracts, temping agencies and low wages undermine job security. The British economist Guy Standing has coined the term precariat. Professor Standing argues that the dynamics of globalization have led to a fragmentation of older class divisions. The precariat consists of temporary and part-time workers, interns, call-centre employees, sub-contracted labour – those who are engaged in insecure forms of labour that are unlikely to help them build a desirable identity or career or guarantee them secure accommodation. 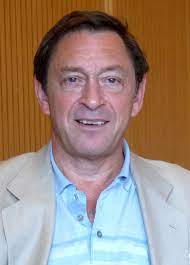 Automation has not made life pleasant for workers in Amazon’s warehouses. Workers are scheduled by algorithm, their tasks timed automatically, and their performance supervised digitally. Going to the toilet is seen as theft of company time. Workers are expected to produce more without expecting their productivity to be reflected in their pay or to expect any job security. The precariat has to endure the humiliation of demeaning work that does not enable them to secure a decent home or the welfare of their children, while the “risktakers” pile up obscene amounts of profit.

The idea of a post-work world has proved to be an elaborate con-trick. Collaborative human-friendly labour is part of what makes people feel they are valued and secure. The current order means fragmentation, passivity and political stagnation. The present order has brought us a distracted, demoralized culture of compliance. The global market, privatisation, the dominance of data-mining behemoths has reduced human workers to automatons staring into their smart phones.