Much Ado about Dido

This article appeared in Ceylon Today on October 1 2020

Boris Johnson showed an uncharacteristic gallantry in the House of Commons recently when he defended the honour of a lady. Johnson is not noted for his chivalrous treatment of women. Allegra Mostyn-Owen was his university girlfriend and his first wife – 32 years ago. 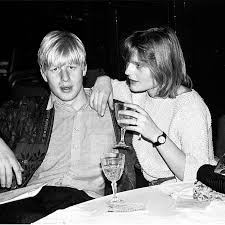 She gave him a divorce in 1993, when he had already impregnated his second wife, Marina Wheeler. Allegra’s friends describe her as ‘fragile’ because of being married to him.

Johnson dumped Marina for Carrie Symonds (aged 31) in 2018. Wheeler and Johnson separated in 2018 and divorced in 2019. In 2019, Wheeler revealed that she was diagnosed with cervical cancer earlier in the year and had undergone two operations. There have been many affairs along the way and nobody knows for sure how many children Johnson has fathered. He has had another one with Symonds. It is believed that the prime minister has seven children; however, he has not officially confirmed the exact number.

When Labour leader, Keir Starmer made a valid point about the failings of the UK’s testing and tracking system the prime minister, as usual, avoided the substantive point. He chose to defend a lady – Lady Harding, the person supposedly in charge of NHS Track and Trace. Johnson blustered: “the continual attacks on Dido Harding are unseemly and unjustified. I think her teams have done an outstanding job in recruiting people from a standing start.”

Who Is Dido? What Is She?

Diana Mary “Dido” Harding, Baroness Harding of Winscombe is a British Conservative Party businesswoman. Her father, John Charles Harding, is 2nd Baron Harding of Petherton. Her husband is wealthy former Tory MP John Penrose. She was at Magdalen College Oxford and was a friend of former prime minister David Cameron. She is recognised as a member of what has come to be known as the English ‘chumocracy’. Boris Johnson was at Oxford at the same time as her and Cameron. It was Cameron who nominated her for a peerage in 2014 and it was under his premiership that her husband made it into government, serving as a culture minister and government whip. 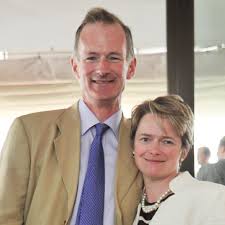 She has been succinctly described as a Tory peer with a track record of mismanagement and failure. She certainly does not have enough experience of health issues to be given, without an interview or without even applying, two major health jobs in the middle of a pandemic that has so far killed at least 42,000 people in the UK, with a second wave in the coming winter predicted. Why would someone with her track record be given a brand-new role at the head of a merged new public body, the National Institute for Health Protection?

She has successfully failed upwards by never staying in one job for too long. As Private Eye put it: “the most striking aspect of this ex-jockey’s career is a talent for changing horse in mid-stream, seldom staying long enough to shoulder the blame for disasters”. She graduated in 1988 and joined McKinseys, a global management consultancy company.  In 1995, she became marketing director of Thomas Cook (which has since gone out of business) where she made a virtue of her ignorance of the travel business. In 1999, she moved to Woolworths (which has since gone out of business).  From 2000 to 2004, she was at Tesco. In 2007, she moved to another supermarket giant, Sainsbury’s, and took a seat on the operating board in 2008. She was named the first CEO of TalkTalk in 2010.

While CEO at TalkTalk she twice won the Daly Mail wooden spoon award for “the worst customer service in the UK”. There was a £3 million fine for sending inaccurate bills to customers, plus £2.5 million in refunds. On her watch, TalkTalk managed to lose control of personal and banking details of up to four million customers. (Hacked by two teenagers in Belfast). The company admitted the incident had cost it £60 million and lost it 95,000 customers. When asked if the affected customer data was encrypted or not, she replied: “The awful truth is that I don’t know”. The company’s share price plummeted in response.

Harding was an accomplished amateur jockey. Health secretary Matt Hancock also has horsey connections. He represents the constituency of Newmarket, where the UK’s most expensive bloodstock is stabled. He has received donations from prominent figures and firms in horse racing, including equine auctioneers Tattersalls. There is an unpleasant horse manure kind of odour to the government’s decision to award Covid-19 testing contracts to Randox, which sponsors the Grand National.

Dido Harding sits on the board of the Jockey Club, which organised the four-day Cheltenham Festival in March 2020. The event attracted 250,000 people through the turnstiles of Prestbury Park during the four-day festival. Leaked NHS data later revealed a high concentration of coronavirus hospitalisations in the area next to Cheltenham Racecourse. Data gathered from millions of volunteers found coronavirus ‘hotspots’ in Gloucestershire in the days and weeks after the festival. Professor Tim Spector, an epidemiologist, of King’s College London, said the number of infections ‘increased several-fold’ around the area and would have had a knock-on effect because people would have travelled from far away. The event always attracts a large number of visitors from Ireland. Infectious disease consultants in two Dublin hospitals say they treated several Irish race-goers.

In 2017, Harding was appointed chair of NHS Improvement. She confessed to the House of Commons health select committee: “I have not worked in health and social care and would be the first to admit I have a lot to learn about the sector.”

When she was appointed as boss of the tracking and testing system, she again displayed her lack of expertise. At an evidence hearing of the House of Commons Health and Social Care Committee on 3 June, she repeatedly failed to give satisfactory answers to questions from Jeremy Hunt, former health secretary. Hunt said, “We did give you notice. This is a House of Commons select committee and we were told it was a world-beating system when it was launched, so I don’t think it is unreasonable to ask quite simple questions. Our frustration is that it is very hard for us to scrutinise what the government is doing if we’re not given the data that allow us to do that.”

The Guardian’s parliamentary sketch writer, John Crace, has taken to calling her Typhoid Dido. He applied his barbed wit to a description of her appearance before the science and technology committee. “Right from the start she looked to be on edge. And once she opened her mouth, it immediately became clear why. Typhoid Dido really didn’t have much of a clue about anything.”

She told the committee that England only had the capacity for 242,000 tests a day, but she was totally unable to give an exact figure on the levels of demand. All would be well because testing capacity would double to 500,000 in a matter of six weeks. Given that the government had missed all its other testing targets, why should we believe this one? Tests were being rationed because laboratories couldn’t keep up with demand and that far from meeting the prime minister’s target of a 100% results turnaround within 24 hours, the government was only achieving a figure of about 33%.

Labour’s Graham Stringer asked the question on everyone’s mind: why did she think she was the right person to head the new National Institute for Health Protection? John Crace: “It now became clear she saw that her main asset was to be able to talk bullshit – though not particularly convincingly.”