Miliband Still Has Nothing to Teach Sri Lanka

A version of this article was published in Ceylon Today on April 28 2020. As there was some hiatus between drafting and publication, I have updated some figures. 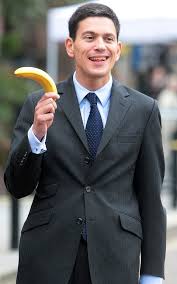 I have been thinking about two different themes and the two have miraculously coalesced  thanks to the appearance of an article in the New Statesman by David Miliband. David Miliband is currently the president of the International Rescue Committee. He was UK foreign secretary from 2007 until 2010. The article is called “The four contests that will shape the post-Covid-19 world”.

Miliband writes: “Here the free world needs to make its stand – in the name of morality, but also efficiency. The point is not just that democratic government is not worth trading off for state capacity to handle crisis. It is that democratic government can help state capacity rather than reduce it. There are democracies that are handling the crisis well – South Korea and Germany come to mind – and democracies handling it badly, led by the US. And there are authoritarian states handling it poorly – Iran, for example – and less than fully democratic states coping well (Singapore).”

That then, is one of the themes I have been thinking about. It is helpful to have the benefit of Miliband’s wisdom on the current pandemic.

The other theme in which I have been interested is the reaction of the “international community” to Sri Lanka’s quite astounding success in defeating the LTTE (Liberation Tigers of Tamil Eelam) in May 2009. Historian Michael Roberts is still, eleven years on, doggedly trying to get a fair hearing for his motherland. Every day, he disseminates material that he has found, and engages in debate with a huge variety of people. He seems undaunted by the, sometimes vile, abuse his writings attract on Groundviews and Colombo Telegraph. In order to assist myself in finding a clear narrative thread through this mass of material, I consulted a book by a British military historian, Professor Paul Moorcraft, Director of the Centre for Foreign Policy Analysis who has also worked for the British defence establishment. His book on the Sri Lankan conflict, Total Destruction of the Tamil Tigers, was published by Pen and Sword in 2013. Moorcraft visited Sri Lanka and interviewed Prabhakaran, KP, Karuna, members of the Sri Lankan armed forces and the Rajapaksas.

David Miliband makes an appearance in Moorcraft’s book. Much of what Moorcraft writes supports Michael Roberts’s argument that the Tigers’ desperate strategy was to sacrifice their own people in order to persuade the “international community” to force a cease-fire and rescue the LTTE leadership to fight another day. The Rajapaksas were having none of this. The war had dragged on for nearly 30 years wrecking the economy and wasting countless lives. Government forces had often been on the verge of victory only to be stymied by foreign interference. Western governments could not grasp that the LTTE did not do compromise and negotiation. The only solution was a military one.

David Miliband made a one-day visit to Sri Lanka in April 2009 and demanded that the fighting stop. He ruffled some feathers by acting like a colonial governor. The French foreign minister, Bernard Kouchner, came as well but was more civil than Miliband. Moorcraft writes: “Gotabaya Rajapaksa was blunt in his meeting with them: he said the fighting would go on until Prabhakaran was dead or captured. The Defence Secretary explained that over 200,000 civilians had been freed from LTTE captivity. The Sri Lankans found Miliband ‘rude and aggressive’, especially when he complained that army shelling was killing civilians. Gotabaya Rajapaksa told the British minister that he should not believe Tamil propaganda. According to the Sri Lankans present, Kouchner tried to cool tempers and calm down his more volatile British companion.”

The rest is history. The Tigers were defeated and they have not been a problem for eleven years. The army that Gotabaya Rajapaksa created is, essentially, still with us although the personnel has changed. The current Army Commander and Chief of Defence Staff played a crucial role in the ultimate victory. Although Sri Lanka has no external enemies (to fight by force, anyway), the Tri-Forces have proved their worth in peacetime. Before the Rajapaksas decided to take on the Tigers militarily, Sri Lanka had an essentially ceremonial army of only 11,000, partly because civilian governments feared a repetition of the aborted coup of 1962. In a fairly short time, Gotabaya Rajapaksa turned a shambolic outfit into an effective and reliable force for wartime or peacetime. This would not be the case if Sri Lanka had done Miliband’s bidding in 2009.

Today, Sri Lanka seems to be making a success of dealing with the pandemic. The president mobilised the medical services and enlisted the armed forces to make a major contribution. The president has recognised that the media have a role to play in keeping the public informed. The previous Rajapaksa regime did not always have a happy relationship with the media and wasted a lot of money on useless PR firms.

Gotabaya Rajapaksa  won a convincing majority in the presidential election last November but is now ruling without a parliament. The opposition is in disarray. This is the first time that we have a president who actually had a proper job outside politics. It is a long time since the UK had any leaders who had done a proper job. Some people in Sri Lanka are concerned about democracy. Democracy seems to be ineffective in the USA and the UK.

The Insight team of the London Sunday Times (normally a paper that supports Conservative governments) published an astonishingly damning report showing how the UK government has been totally incompetent at dealing with the pandemic. In pursuit of Brexit, Boris Johnson had cleared out all the senior politicians who had experience and capability and replaced them with nonentities and air-heads. The prime minister himself did not present an impression of consistency and competence and was absent much of the time. An anonymous adviser said: “There’s no way you’re at war if your PM isn’t there. And what you learn about Boris was he didn’t chair any meetings. He liked his country breaks. He didn’t work weekends. It was like working for an old-fashioned chief executive in a local authority 20 years ago. There was a real sense that he didn’t do urgent crisis planning. It was exactly like people feared he would be.” He missed five of the COBRA meetings which are vital in a crisis like this. He seemed to be distracted by events in his private life – his wife was divorcing him; his girlfriend was pregnant.

Miliband writes: “The holes in national and global safety nets are integral to the devastation of the disease.” Successive UK governments, including Labour, have undermined the safety nets. An incompetent government is reaping the rewards of public spending cuts, Brexit, privatisation, outsourcing, selling assets to foreigners, deregulation of finance.  The latest death figures for the UK are  21,092. Sri Lanka’s figure is still seven. Eleven years on, David Miliband still has nothing to teach us.

2 Comments to “Miliband Still Has Nothing to Teach Sri Lanka”