Ukridge and the Optimism of Fraudsters

This article was published in Ceylon Today on August 16 2019 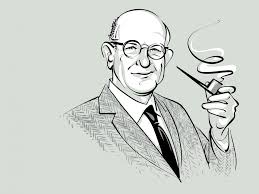 I have been bingeing on the oeuvre of the Divine Plum, Pelham Grenville Wodehouse. Reading the works of PG Wodehouse usually provides an escape from the horrors of the contemporary world. Wodehouse’s world is a fantasy land populated with gormless privileged youths with unlikely names like Catsmeat Potter-Pirbright and Augustus Fink-Nottle and formidable aunts. I am not usually keen on fantasy, preferring a cold hard dose of the facts. However, mankind cannot bear too much reality; sometimes one needs to escape to recharge the batteries.

I was not so enraptured by the Wodehouse book that I most recently read – Ukridge. Stanley Featherstonehaugh (pronounced Fanshawe) Ukridge was the longest-running of PG Wodehouse’s characters, with new stories appearing over 60 years, more than Jeeves or Lord Emsworth. To this reader Ukridge is very irritating, with his oft-repeated catchphrases “Old horse”, “Upon my Sam”, “Laddie” etc. “Ukridge was the sort of man who asks you to dinner, borrows money from you to pay the bill, and winds up the evening by embroiling you in a fight with a cabman.” 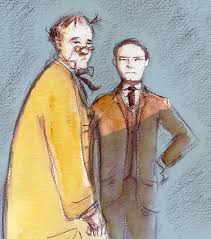 Ukridge is something of a cad and a bounder who tries the patience of his friends but they show remarkable fortitude in putting up with him. The one who suffers the most is the narrator of these stories, Corky Corcoran, who lives in a modest apartment in Ebury Street. Corky’s home is vulnerable because his landlord, Bowles, a retired butler, for some unaccountable reason, admires Ukridge. He allows Ukridge to enter the apartment at will and he rarely leaves empty-handed. Usually, the plunder is small – socks or cigars- but sometimes he takes something important such as the dress suit Corky was planning to wear that evening. Bowles lends Corky his old dress suit which has been languishing moth-balled in a trunk for decades. Corky and Ukridge attend the same function, the latter looking suave and elegant, the former repelling all because of his mouldy, smelly suit.

The things Ukridge leaves in the apartment cause more trouble than what he takes away. On one occasion it is a flock of Pekingese dogs. “I’m going to train dogs. Dog acts, you know. Pots of money in it…” This is an early indication of Ukridge’s willingness to lie, cheat and steal from those who help him. He has been enjoying the hospitality of his Aunt Julia in her luxurious house beside Wimbledon Common but repays her kindness by stealing her dogs in order to make money. (Incidentally, I used to live in that area and know the house where Robert Graves was born. He firmly believed that Wodehouse based Ukridge on his brother, Perceval). On another occasion, Corky finds a huge man with a cauliflower ear sleeping on his sofa – Battling Bilson, a former seaman whom Ukridge plans to transform unto a successful boxer. “He’ll be a prize fighter. Enormous lad. I’ll be pulling in hundreds a week…Nothing can stop me from making a colossal fortune. There’s no limit…” . Sometimes his hare-brained schemes threaten the health of his friends as well as their bank accounts. “Accident insurance. All a fellow’s got to do is break a limb and the newspaper hands over a fiver…”.

Unfortunately, for Ukridge’s friends, especially the ever-generous George Tupper, no good deed goes unpunished. He will try anything to get rich apart from working. “For Ukridge the spectacle of somebody else working always had an irresistible fascination, and, gripping my arm, he steered me up to assist him in giving the toiler moral support. About two minutes after he had started to breathe earnestly on the man’s neck, the latter, seeming to become aware that what was tickling his back hair was not some wandering June zephyr, looked up with a certain petulance.”

Wodehouse normally affords me a blissful escape from reality. Reading the Ukridge stories I got an uncomfortable feeling that these fantasies were too close to today’s reality. Ukridge’s totally irrational optimism about his grandiose schemes reminds me of the wilder shores of the Brexiteers’ empty promises. The UK is now led by Ukridge. Boris Johnson occupies 10 Downing Street thanks to the votes of an infinitesimal proportion of the British electorate. His government has a majority of one in the House of Commons and one of his own party is threatening to switch to the Lib-Dems. A majority of the people of Northern Ireland voted to stay in the EU but the Conservatives are kept in power by the DUP, the only party in Northern Ireland to support Brexit. There is ample evidence that Brexit will have the direst consequences for the British economy and the health and welfare of its people. Never mind, says Johnson and his acolytes. Everything will turn out fine. Optimism and blind faith are all they have to offer. Those who do not agree are called whingeing Remoaners. Ukridge is quick to blame his friends for his failures. Remainers are blamed for the consequences of the lies and illegal activities of the Leavers. Ukridge gets really angry when his friend refuses to injure himself for what Ukridge describes as the common good. Ukridge usually sees himself as the victim when his plans inevitably imploded and blames fate or his friends – “It’s a bit hard…! Is a phrase that recurs often. 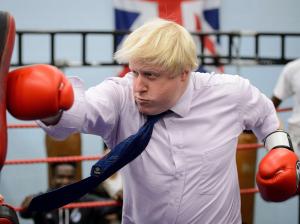 Remainers are accused of treachery and treason, a lack of patriotism. This is in spite of the fact that Johnson seems quite prepared to put the Queen in an embarrassing position by plunging out of the EU without a deal in defiance of the wishes of Parliament.

Ukridge treats everyone badly, but, somehow, we are expected to find him charming. Unlike Johnson, Ukridge does not seem to be interested in women as sexual beings. He is only interested in exploiting them to further his madcap schemes. He gets engaged to one innocent girl mainly because her family give him lavish meals. Like Johnson, Ukridge is thoroughly amoral and without conscience (Johnson once said his only conviction was for speeding). Johnson was once pro-EU but he saw Brexit as a means of achieving his ambition to be prime minister. Johnson has long played the buffoon and has often been mistaken for a Wodehousian silly ass. His fake buffoonery will cause real distress to millions of real people. Ukridge is fiction. Johnson is ugly fact.

2 Comments to “Ukridge and the Optimism of Fraudsters”