This article appeared in Ceylon Today on July 24 2019

I often try in my columns to comfort Sri Lankans who despair at the condition of their polity. Sri Lankans might wonder in horror what antics their leaders will get up to next but UK citizens contemplate having Boris Johnson as their prime minister sometime soon. Sri Lankans might be uncomfortable at the loss of sovereignty involved in handing over ports to the Chinese and the submission to the US implied by SOFA (Status of Forces Agreement) but Britons are horrified at the notion that President Trump decides who is suitable to be UK ambassador to Washington. 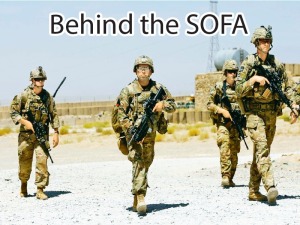 The Status of Forces Agreement which the US is keen to force on Sri Lanka seems to many Sri Lankans to be a step too far in bending over and being submissive to the US. The main points of SOFA are:

President Sirisena has decided he does not like this but he might change his mind. The US defended SOFA saying they had no intention of setting up military bases in Sri Lanka. Wouldn’t dream of it! The US maintains nearly 800 military bases in more than 70 countries. Sri Lankans must be paranoid if they think the US wants to use Sri Lanka as a base for keeping an eye on China. Of course, the US does not covet Trincomalee harbor! The SOFA with Sri Lanka would give reciprocal rights to Sri Lanka’s Army, Navy, Air Force or Coast Guard to use US facilities. However, Sri Lanka’s main concern is internal security. It has no global enemies and has no resources to pay for using military facilities in the US.

There are 38 US military facilities on Okinawa. They account for up 30% of the land mass of the island. The US military bases on Okinawa also cover over 40% of the arable soil, once some of the best agricultural land in Japan. Figures up to 1998, show that since 1972, 4,905 crimes were committed against Japanese people by US military personnel, their dependents and US civilian contractors and employees. More than 10% of these were serious crimes – murder, robbery or rape. In most cases, the Japanese authorities were not allowed to arrest or question the alleged perpetrators.

Britain has long deluded itself that it has a special relationship with the US. When Charles de Gaulle wrote to LBJ in 1966 ordering that all US troops be removed from French soil within 12 months, Britain offered a warm welcome and during the Cold War, the UK became one of the USA’s “unsinkable aircraft carriers”. In the 1990s, the number of US-manned military facilities in Britain reached 100. By 2014, this had fallen to 13, ranging from RAF Lakenheath in Suffolk – one of the largest air bases outside the US – to a joint GCHQ and National Security Agency satellite station at Morwenstow in Cornwall. There were still 24,000 US personnel, civilian staff and family members on British soil.

Lindis Percy, a veteran peace activist who has protested outside US bases since 1979, said: “The thread … through everything to do with these facilities is an almost total lack of accountability. Even now, new by-laws are being introduced to deter people from going near bases already protected by draconian legislation. Assurances made by the US to the UK that ‘extraordinary rendition’ flights had never landed on British territory were later shown to be false when official US records proved that such flights had landed at Diego Garcia repeatedly.

US Right of Veto 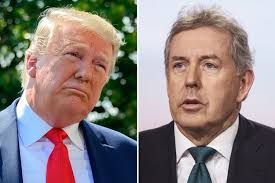 The UK ambassador to Washington, Kim Darroch, was reviled by Donald Trump, when Darroch’s unflattering confidential memos about the president were leaked to the press. When the Foreign Office permanent secretary, Simon McDonald, appeared before the House of Commons foreign affairs committee on July 10, the chair, Tom Tugendhat asked what precedent there was for the head of state of a friendly government to do what Donald Trump did and made it impossible for Britain’s ambassador do his job? McDonald said there was no precedent. “Nothing like this has ever happened before,” McDonald told another MP. “There must be consequences. What they are in detail I can’t tell you this afternoon.”

Boris Johnson, probably the UK’s next prime minister, knowingly refused to express confidence in Darroch during the leadership hustings with Jeremy Hunt. It was Johnson’s action that led directly to Darroch’s inevitable resignation. Foreign Office minister Alan Duncan said that by six times refusing to back the ambassador, Johnson had thrown him under a bus. Tugendhat, a former army officer said: “Leaders stand up for their men. They encourage them to try and defend them when they fail.”

Trump’s actions were a crude assertion of power over a country that wants desperately to be the friend of the US. This is not a special relationship, it is sado-masochist one. The rest of the world, Xi Jinping and Vladimir Putin, will be watching. For Britain, as Martin Kettle put it in The Guardian: “it is a stake through the heart of its entire postwar self-image.”

Sri Lanka’s friend Liam Fox has failed miserably to gain trade deals to replace what will be lost when the UK is out of the EU. The only hope left was the US who threatened to bombard the sceptered isle with chlorinated chickens. It looks as though the special relationship will entail the US bullying the UK.