Flip Side of Tourism

This article appeared in the August 2008 edition of LMD (Lanka Monthly Digest) with the strapline: “‘Enjoy the real world while it lasts’, Michael O’Leary quips, critiquing contemporary tourism trends.” Except that is not what he said. 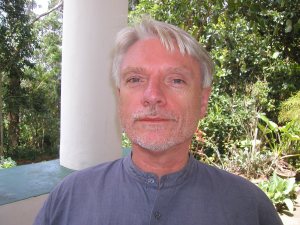 Over 30 years ago, Professor Emeritus Dean MacCannell composed a study of the phenomenon of tourism. His theme was that the middle classes of the West felt alienated by their comfortably dull lives. Although they had been programmed to believe the fiction that everything centred on the individual, they felt the disjunction of living in a depersonalized historical epoch. If there was an authentic reality, it must be elsewhere. If it was out there, it could be bought.

MacCannell employed Karl Marx’s concept of ‘fetishisation’. Pure experience, which normally leaves no material trace, is manufactured and sold like a commodity. The tourist thinks he or she can buy the authentic experience, which is located somewhere exotic beyond her or his normal experience. The tourist experience is built on the fiction that it is outside historical time, in a virtual world.

The touristic world is filled with people who are just passing through. It is a world furnished by the social production of highly fictionalised versions of the everyday life of traditional peoples, a ‘museum-isation’ of their quaintness. There is inevitably a tension between the moderns’ nervous concern for the authenticity of their touristic experience and the traditional folks ‘difficulty in acting out someone else’s fantasy version of their life. Culture is tailored to suit those who pay for it – until, in the words of a Masai man: “We have ceased to be what we are; we are becoming what we seem…”.

It is but a short step from the museum-isation of culture to the objectification of the people themselves. Tourism often turns people into commodities. There is a conceptual linkage between sightseeing, voyeurism and sexual exploitation. Part of the holiday experience is to hand one’s life over to one’s guide.

A character in a Don De Lillo novel says: “You can exist on this level for weeks and months without reprimand or dire consequence. Together with thousands, you are granted immunities and broad freedoms. You are an army of fools.”

Because the tourist is just passing through and has money to pay for ‘services’, what might be unthinkable back home becomes possible – and any taboo can be broken. For the organised tourist, the other – the ‘native’ of colonial times – is there to serve and to be exploited. The spiritual poverty of the West meets the economic poverty of the post-colonial world. In Thailand, beer is a dollar a bottle and a woman is available for GBP 10 or less. It’s the “last place you can be a white man”, says one bar-owning Westerner. This is the colonialism of the 21st century.

So, how about responsible and ethical tourism? There is a joke in the travel industry: “What’s the difference between an eco-holiday and a normal holiday?” Answer: “Thirty per cent surcharge.”

Between 1999 and 2005, the total GDP of the Galapagos Islands grew by 78 per cent, mainly because of eco-tourism. GDP per head only grew by 1.8 per cent because the population increased by 60 per cent. The fragile ecosystem i s crumbling under the increased population caused by ecotourism.

The Honduran Government designated 107 areas as protected, comprising 24 per cent of the nation’s territory. Almost all of the 80-square-mileis land of Roatin is part of a national marine park. In reality, only eight miles of its shoreline is officially protected. Locals make jewellery from the shells of critically-endangered turtles to sell to the ‘eco-tourists’ and those passing through on cruise ships.

The prospect of jobs has enticed people from the mainland to start building shanty towns without septic tanks. When the rains come, untreated sewage will slither down to the ‘protected ‘eight miles. The sediment reduces the amount of sunlight that reaches the coral, killing it – which, in tum, slowly kills the fish that live there.

Tourism is an extractive industry and not much of its benefits go to locals. Resorts are usually operated by foreign companies. Any local benefits that do accrue must be offset against the downside – such as the commandeering of scarce, clean, fresh water by resorts to the detriment of local communities.

Travel is supposed to broaden the mind, but tourists are not encouraged to be self-reliant. I remember being on a boat in the middle of Lake Titicaca when the engine failed. I was not worried, because I had paid for this experience and had an inalienable right to be rescued.

Tourism is based on delusion. Before I came to Sri Lanka, I studied the Lonely PIanet Travel Guide and was interested to read about some local initiatives that sounded very worthy. After living here for many years, I realise that those initiatives are dubious enterprises that bear no relation to the guidebook’s description.

Somewhere in Colombo, a UK-based website employs Sri Lankan students (who may never have left Sri Lanka) to plagiarise other websites peddling fantasies about hotels all over the world. This website tells its visitors that Bom Jesus do Monte is in County Cork, in Ireland – whereas, in the real world, it is in Portugal. Does it matter? This is globalisation and fantasy tourism in action.
So, enjoy the virtual world – the real one is fast disappearing. . .