Leaving the Heart in San Francisco

This article was published in the May 2014 edition of Echelon magazine.

Modern San Francisco was born raffish and rebellious. The prospect of gold increased the population from 1,000 in 1848 to 25,000 by December 1849. Crews deserted their ships for the gold fields. Silver discoveries further drove rapid population growth. A transient population encouraged lawlessness, with the Barbary Coast quarter seething with prostitution and gambling. In the 1950s, Kenneth Rexroth and the Beats revolutionised poetry. In the 1960s, The Grateful Dead transformed music. Today the pioneers of the digital revolution are changing the character of San Francisco yet again.

San Francisco is a walkable city, measuring about six square miles. Not so square – it is still a cool place to be in 2014, but perhaps not as hip as it was in 1967. Many neighbourhoods are dotted with boutiques, cafes and nightclubs as businesses, restaurants and venues cater to both the daily needs of local residents and for tourists. 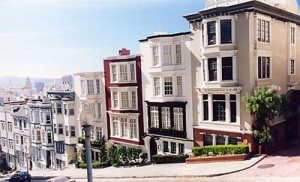 The historic centre of San Francisco is the northeast quadrant of the city anchored by Market Street and the waterfront. The Financial District is located here, with Union Square, the principal shopping and hotel district, nearby. Cable cars carry you, if not quite halfway to the stars, up steep inclines to the summit of Nob Hill, once the home of the city’s business tycoons, and down to Fisherman’s Wharf. 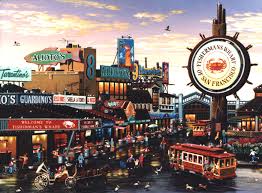 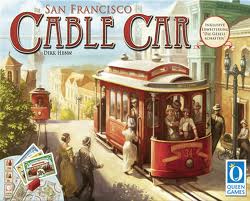 The large Western Addition, which acquired a large African-American population after World War II, survived the 1906 earthquake with its Victorian mansions mostly intact. It includes smaller neighbourhoods such as Haight Ashbury, which was a hippy haven in the 60s but is now home to some expensive boutiques and a few chain stores, although it retains some bohemian character.

Working class immigrants from Europe populated the Mission District in the 19th century. In the 1910s, a wave of Central American immigrants settled there but in recent times the demographics of parts of the Mission have changed from Latino, to twenty-something professionals.

With 39% of its residents born overseas, San Francisco has numerous neighbourhoods with businesses and institutions catering to new arrivals. In 1870, Asians made up eight per cent of San Francisco’s population. The Chinatown quarter around Grant Avenue developed from around 1848 as businesses sprang up catering for Chinese railroad workers. Chinatown is an enclave that continues to retain its own customs, languages, places of worship, social clubs, and identity (and crime). 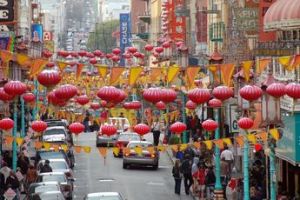 According to an FBI criminal complaint, behind the restaurants there is a sinister underworld. The federal charges, which allege a California lawmaker accepted money and campaign donations in exchange for providing official favours and helping broker an arms deal, cast harsh light on Chinatown’s tight-knit network of fraternal organizations and one of its most shadowy characters, Raymond “Shrimp Boy” Chow. Chow’s gang is said to have lured state Sen. Leland Yee into its clutches through money and campaign contributions in exchange for legislative help, as Yee sought to build his campaign coffers to run for California secretary of state.

West of the Mission, the area now popularly called the Castro was once a working-class Scandinavian and Irish area, which became North America’s first gay village. San Francisco has a LGBT-friendly history. The city’s large gay population has created and sustained a politically and culturally active community over many decades, developing a powerful presence in San Francisco’s civic life. San Francisco is the only city in the state to cover gender reassignment surgery for the poor and uninsured.

A circle of writers turned 628 Montgomery Street into a literary bohemia during the Civil War. Bret Harte was successful with “The Luck of Roaring Camp” and “The Outcasts of Poker Flat.” However, his friend Mark Twain’s achievements eventually outweighed his.

The original “Beat Generation” writers met in New York and migrated west in the mid-1950s, when they linked up with the San Francisco Renaissance, which made the city a hub of the American avant-garde. The poet Kenneth Rexroth was the founding father. Lawrence Ferlinghetti met Rexroth in Paris and went with him to San Francisco where he established the City Lights Bookstore and publishing company.

The British-born philosopher Alan Watts wrote that by around 1960 or so “… something else was on the way, in religion, in music, in ethics and sexuality, in our attitudes to nature, and in our whole style of life.” Many of the songwriters of the upcoming rock-music generation of the mid-1960s appreciated City Lights writers. The hippie culture on the Haight absorbed elements of the Beat movement gravitating around North Beach since the 1950s.

Some of the songwriters of the upcoming rock-music generation of the mid-1960s and later read and appreciated writers like Kerouac, Snyder, McClure, Ferlinghetti, and Ginsberg. In the 1960s, elements of the expanding Beat movement were incorporated into the hippie culture.

Haight Ashbury bands played with each other, for each other, for free and at Chet Helms’s Avalon Ballroom and Bill Graham’s Fillmore. By 1967, fresh and adventurous improvisation during live performance (epitomized by the Grateful Dead) was one characteristic of the San Francisco Sound. In San Francisco, musical influences came in from not only London and Liverpool, but also the American folk music revival of the 1950s and 1960s and the Chicago electric blues scene, as well as poetry. 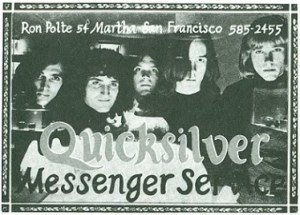 In the 19th century, entrepreneurs sought to capitalize on the wealth generated by the Gold Rush. Wells Fargo was established in 1852 and the Bank of California in 1854. San Francisco became the main finance centre of the West Coast and Montgomery Street, which had nurtured literary bohemia, became known as the Wall Street of the West. In the wake of the 1929 stock market crash, not a single San Francisco-based bank failed. Bank of America completed 555 California Street in 1969 and the Transamerica Pyramid was completed in 1972, (on the site of literary bohemia) igniting a wave of extensive high-rise development that lasted until the late 1980s. 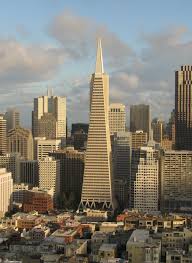 During the dot-com boom of the late 1990s, large numbers of computer application developers moved into San Francisco, bringing marketing, design, and sales professionals in their wake. Many popular and prominent Internet companies such as Craigslist, Twitter and the Wikimedia Foundation established their head offices in San Francisco. In August 2013, Forbes named San Francisco among its list of Best Places for Business and Careers. However, the number of San Franciscans employed by firms of more than 1,000 employees has fallen by half since 1977. Small businesses with fewer than ten employees and self-employed firms make up 85% of city establishments.

The blow-ins gentrified poor neighbourhoods and the city’s property values rose, creating a large and upscale restaurant, retail, and entertainment scene. Many families have been leaving the city for the outer suburbs of the Bay Area, or for California’s Central Valley.

In the early-90s, tech workers made up less than one percent of workers in San Francisco. In 2000, tech employees had risen to three percent of the workforce. By 2013, that number had passed six percent.

Internet developers like to think of themselves as creative rebels while the real cool people might see them as geeks. Go into any bar in San Francisco and you will hear people bragging about their start-up, or a titanic struggle with a line of code. These people rarely interact with people outside the tech world. Silicon Valley workers seem to want to inherit the cachet of the anti-war, social-justice, mutual-aid heart of historic San Francisco.

According to the Brookings Institution, after Atlanta, San Francisco has the second-highest level of inequality in the US. Software engineers at Google, Facebook, Apple and Twitter make on average up to $120,000 a year plus bonuses.

The city estimates there are about 7,350 homeless people now living in San Francisco and has allocated $165 million to help them. It has succeeded in offering 6,355 permanent supportive housing units to the formerly homeless. Nevertheless, the number of homeless people on the streets has remained unchanged. Techies living in condominiums constantly express their deep disgust that city policies provide a magnet for homeless people, spoiling an otherwise lovely place for all the hardworking taxpayers.

The rising presence of company-funded buses in densely populated neighbourhoods has led to protests and occasional violence in a city formerly known for tolerance. Luxury coaches 45 feet long, outfitted with tinted windows, plush seats, TVs and wireless Internet, chauffeur programmers around the Bay Area. Passengers scowl or text from behind tinted windows. The Google bus and the Apple bus do not reduce commuting impact. They just transfer it to poorer people.

In order to buy a home, your income needs to be nearly one and a half times higher in San Francisco than in the next most expensive city in the US. Many people can no longer afford the city they have lived in all their lives. Bookstores, bars, Latino businesses, black businesses, cannot afford high rents or purchase prices. The current boom is destroying what made San Francisco attractive in the first place.

3 Comments to “Leaving the Heart in San Francisco”