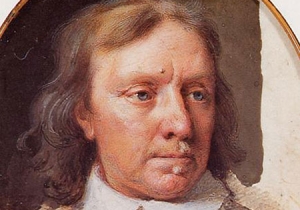 During the negotiations towards the Anglo-Irish Treaty in 1921, which eventually led to independence and today’s modern republican state of Ireland, Lloyd George was heard to express his exasperation at the Irish team’s  reluctance to discuss current mundane issues such as borders and policing. “They  only want to talk about Cromwell!”
Jonathan Powell in his book on the more recent Northern Ireland peace process, Great Hatred, Little Room, said that he and Tony Blair had the same problem with Gerry Adams and Martin McGuiness. With them it was Cromwell,  with Reverend Ian Paisley it was the Siege of Derry and the Battle of the Boyne.

Winston Churchill was not loved by the Irish. My father described him as the man who sent the Black and Tans into Ireland to shoot civilians and burn villages. Churchill described the impact of Cromwell on Anglo-Irish relations thus:
“…upon all of these Cromwell’s record was a lasting bane. By an uncompleted process of terror, by an iniquitous land settlement, by the virtual proscription of the Catholic religion, by the bloody deeds already described, he cut new gulfs between the nations and the creeds. ‘Hell or Connaught’ were the terms he thrust upon the native inhabitants, and they for their part, across three hundred years, have used as their keenest expression of hatred ‘The Curse of Cromwell on you.’ … Upon all of us there still lies ‘the curse of Cromwell’.”

History lives in the present. Cromwell was a hard act to forgive and forget.

In October 1641, after a bad harvest, Phelim O’Neill launched a rebellion, hoping to rectify grievances of Irish Catholic landowners. Once the rebellion was underway, the resentment of the native Irish in Ulster boiled over into indiscriminate attacks on the settler population. Recent research suggests  4,000 settlers were killed directly and up to 12,000 may have perished from disease or privation after being expelled from their homes. Ulster was worst hit. The atrocities committed by both sides further poisoned the relationship between the settler and native communities and arguably the wounds still fester. Does this remind anyone of Palestine?

Cromwell with the New Model Army by 1652 had effectively re-conquered Ireland. Cromwell held all Irish Catholics responsible for the rebellion of 1641. The Irish Catholic land-owning class was utterly destroyed and Cromwell achieved the logical conclusion of the plantation process. Over 12,000 New Model Army veterans were given Irish land instead of wages. They were required to keep their weapons to act as a reserve militia in case of future rebellions.

Cromwell has his defenders among modern historians but a recent book, God’s Executioner by Mícheál Ó Siochrú, is a forceful restatement of the prosecution case. The 1649-53 campaign lingers in the Irish psyche for the  huge death toll (possibly 40% of the population).There was  wholesale burning of crops, forced population movement and slaughter of civilians. The post-war Cromwellian settlement of Ireland has been characterized as “genocidal”.

The fifty years from 1641 to 1691 saw two catastrophic periods of civil war in Ireland  which killed hundreds of thousands of people and left others in permanent exile. Some Irish were sent to the West indies as slaves. The first recorded sale of Irish slaves was to a settlement along the Amazon in South America in 1612 but early arrangements were probably unofficial although encouraged by James I. In 1637, a census showed that 69% of the inhabitants of Montserrat in the West Indies were Irish slaves. The Irish had a tendency to die in the heat, and were not as well suited to the work as African slaves, but African slaves had to be bought. Irish slaves could be kidnapped. After the 1641 rebellion, an estimated 300,000 were sold as slaves. In the 1650’s, 100,000 Irish Catholic children were taken from their parents and sold as slaves, many to Virginia and New England. From 1651 to 1660 there were more Irish slaves in America than the entire non-slave population of the colonies.

The wars, which pitted Irish Catholics against British forces and Protestant settlers, ended in the almost complete dispossession of the Catholic landed elite. The Plantations had a profound impact on Ireland in several ways. The native ruling classes were destroyed and replaced by the Protestant Ascendancy. 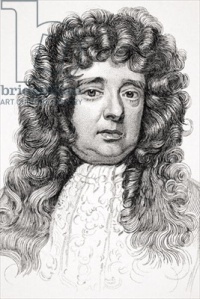 William Petty (1623-87) – mathematician, mechanic, physician, cartographer and statistician – devised a public-private partnership for “fusing science and policy”. Petty is best known through his connection with the Cromwellian settlement of Ireland. Arriving in Ireland in 1652 as physician-general to the army, he set about making himself useful by  surveying the boundaries of holdings and assessing relative values. This became known as the Down Survey, which commodified Irish land. It standardised the measure of estates, in size and in value, and, as, Petty himself was a major holder of these debentures, he became very rich. When he arrived in Ireland, he had maybe £500 in assets, but  he came to own 50,000 acres in County Kerry alone. John Aubrey estimated Petty’s  rental income at its height at £18,000 a year – perhaps £27 million in today’s money.

Petty anticipated Henry Ford’s methods (Ford’s father was from County Cork) of division of labour and economies of scale. He divided complicated tasks into bits that could be handled by men “not of the nimblest witts”, that is, by the soldiers themselves, who were also tough enough to deal with angry landowners and “with the severall rude persons in the country, from whome they might expect to be often crossed and opposed”.

One way of preventing Ireland from being a haven for terrorists was to transform it  by social engineering into a peaceful and productive land. Ireland could be seen as a laboratory in  which a new, rational and virtuous society might be developed. Petty wrote: “Some furious Spirits have wished, that the Irish would rebel again, that they might be put to the Sword.” He had some scruples: “I declare, that motion to be not only impious and inhumane, but withal frivolous and pernicious even to them who have rashly wish’d for those occasions.”

Petty explored the idea of breeding the “meer Irish”  out of existence by deporting 10,000 Irishwomen of marriageable age to England every year and replacing  them with a like number of Englishwomen?  “The whole Work of natural Transmutation and Union would in four or five years be accomplished.” The Englishwomen would run Irish households on much more civilised lines: “The Language of the Children shall be English, and the whole Oeconomy of the Family English, viz. Diet, Apparel, &c., and the Transmutation will be very easy and quick”.

Cromwell’s genocidal campaign had been financed through promises of confiscated Irish land. Rebels were executed and others were sent as slaves to the West Indies. Irish soldiers were given the opportunity of going abroad to fight in foreign armies and became known as the Wild Geese.

All land east of the River Shannon was claimed by the Crown. About 8,400,000 acres were reassigned from Catholic to Protestant owners. The former Irish owners could either accept transportation to poorer land reserved for them in Connaught or be tenants of the new Protestant owners. Catholic ownership plummeted from 60%  of the land before the Rebellion to less than 10%  after 1652. It was a great experiment in the movement of populations and transference of social power.

There has been speculation  that Irish travellers  were descended from ancestors who were made homeless by Cromwell.

Petty may have provided some useful ideas to Hitler and Mengele.. While I deplore the activities of conflict junkies who are only happy when the fires of hatred are constantly stoked, one cannot understand contemporary Ireland without knowing where the divisions in Irish society originated.

3 Comments to “Reconciliation in Ireland Part 2”