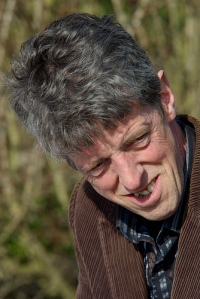 Michael Roberts’s discussion of “Niromy de Soyza’s” book reminded me of  a book I read in which the author also tried to make money out of the Sri Lankan situation while displaying a tin ear for matters Sri Lankan –  Peter Grimsdale’s Perfect Night.

I am often disappointed when I spend my hard-earned money after reading a delusional book review. The Guardian misled me. Martin Lewin said:  “Peter Grimsdale can tell a convincing story with writing that is cliché-free and utterly enthralling”. I like thrillers (although I often afterwards have to clean my brain of bad writing by reading the cold heartless prose of the likes of John Banville or Samuel Beckett). The idea of a thriller based in Sri Lanka was (mildly) thrilling. When I was pottering about in Barefoot, the normally excellent Laurence handed me the book and recommended it.

The author, Peter Grimsdale, worked for the BBC as a documentary producer and visited Sri Lanka in?  His first novel Perfect Night was based on that experience.

Before moving on to the wider implications of this kind of work let us examine Matthew Lewin’s claim that the writing “cliché-free”. The brilliantly strange Iris writer  Flann O’Brien produced a “Catechism of Cliché”.  “A unique compendium of all that is nauseating in contemporary writing. Compiled without regard to expense or the feelings of the public. A harrowing survey of sub-literature and all that is pseudo, mal-dicted and calloused in the underworld of print.”

Orwell wrote that a writer could shirk responsibility by throwing the  “mind open and letting the ready-made phrases come crowding in. They will construct your sentences for you – even think your thoughts for you, to a certain extent – and at need they will perform the important service of partially concealing your meaning even from yourself. “

After a while I got somewhat bored with noting the clichés in Perfect Night but here are a few from the beginning of the book. Well here is a dollop of stale language from page one. “It was like the tide coming in…I was engulfed”. “I was more of a risk-taker then.” “The opportunity I had been desperate for.” “Laid up with a stomach bug.” “Thick cloud pressed down on Colombo.” “I felt my mouth go dry.”

The narrator Nick Roker first arrives in Sri Lanka to be met by the beautiful Tamil, Anita Jeyarajah. Her job is to educate him about the country but this irritates him. In this he could be the epitome of many western journalists. His excuse about just wanting to rest after his flight is not convincing. “Over the next two days she delivered a continuous monologue on the marvels of the island and her faith in the peace process as we criss-crossed Colombo by tuk-tuk. After the sixth meeting I called a halt. I grabbed her clipboard and drew a line through all the other appointmenrts. ‘No more old farts. I can’t make a film about peacemakers if I can’t see the war’ “.

Do you see how representative this is. Like many western journalists he is not interested in the positive aspects of Sri Lanka that enthuse a Sri Lankan. He wants the glamour of war,  not boring peace. Incidentally, Roker’s previous experience was making holiday programmes. This nicely underlines the link between the fantasy world of tourism and the delusions of “serious” journalism”.

I wonder how many of you out there, including journalists,  get as irritated as I do when films and novels, often written by journalists taking up the trade of fiction,  glamorise the exploits of journalists.

The reporter Roker is working with, Greer Harmon, is a cliché enigmatic, charismatic, (so we are told) glamour-journo that one might expect to see in a  “major motion picture”. Here’s some more from the cliché cabinet: ”Her combats were caught at the waist with a wide belt, tightly fastened. A bleached shirt with epaulettes completed the dressed-for-action look. Her hair, a dusty golden blonde, cascaded over her shoulders. She took off her sunglasses. Her eyes were a shade of grey-green that I didn’t think eyes came in”.

Years later Roker asks Edgington, the producer, why he had sent Harmon to Sri Lanka. “She travelled a lot. I let her. She was good at finding stories..Greer said she wanted to do something about the peace process with the Tamils. I couldn’t see it myself.” Note that this is not peace talks with the Tamil Tigers but with “the Tamils”.

Some examples of faux Sri Lanka:

There’s more of this kind of stuff but I don’t want to bore you. The general effect is the familiar one of parachute dilettantes exploiting our country for local colour for their own fantasies.

Perfect Night is not actually about Sri Lanka. I will not spoil the plot for you (actually I have read the book twice and can’t  explain the story). It seems to be about  international terrorism, Palestinians, Mossad, CIA, government cover-ups involving multiple murders. There is a silkily sinister British spook called Tanager (a role made for Ian Richardson). Tamil terrorism is not seriously addressed. It is just a sideshow. People are dropping like flies (pardon the cliché) all around Nick but neither the Tigers nor the GOSL seem to be to blame –  I can’t  tell you why they are dying.

Nick’s  second visit to Sri Lanka comes a decade after the first one. In those  few days of the first visit he made a big impression on Anita and also, seemingly, on the course of Sri Lankan, and, indeed, world  history. Tanager tells Nick: “No government would want you loose on the streets”. Anita drools about him making a difference and “sighed. ‘Your energy. Your determination. That’s what I loved in you.’”

Thriller writers sometimes use their heroes to project a more exciting version of themselves. Patricia Cornwell’s Scarpetta books started off well but deteriorated badly as she projected onto Scarpetta and every thing in the entire universe seemed to relate to her. Does Grimsdale see himself in Nick Roker, who blushes when Greer says she imagines he could have his pick of pretty girls. Harmon is noted for not taking an interest in men but, inevitably, she hits the sack with Nick. Does Grimsdale see himself doing this? Look at his photograph.

It is possible to be a successful author without being a very good writer. There is a certain style of best-selleritis. On a blog Grimsdale writes this: “More than my fare share of happiness”.  “Whatever I did next would be total emersion”. Spelling is obviously not his forte but editors can deal with that.

Some of Grimsdale’s purple prose is worthy of Barbara Cartland. “I had barely touched a man before. I had so many tears stored up and once they’d started, that was it…everything was different”. “I didn’t care about Greer and Malik anymore. All that mattered was in my arms.” “I tightened my grip on Anita and whispered,  ‘I love you’. It was something I should have said a long time ago. “

They should be able to deal with fact-checking also. In his acknowledgements Grimsdale  thanks Chantal Krishnadasan and Shirani Sabaratnam for vetting “all the Sri Lankan and Tamil material”. They have failed you badly Mr Grimsdale.

Perfect Night is just fiction, just entertainment. I have no objection to a writer trying to make a few bob writing about Sri Lanka. I am concerned  about  the infantilising nature of delusion generally in the media, both in fiction and “reportage”. It gives me a queasy feeling when real and tragic events are served up as entertainment and little effort is made to get beyond simplistic stereotypes or to bother with accuracy.